On April 2, with New York’s COVID-19 curve still rising ominously, state lawmakers wrapped up a budget almost unchanged from Gov. Andrew Cuomo’s pre-pandemic January proposal. With the economy in a coma and revenues crashing, the plan obviously was awash in red ink.

“We can’t spend what we don’t have,” Cuomo said, implying he would do what was necessary to restore balance. Armed with ­unusual enhanced power to bring spending into line with revenues, he has repeatedly warned he might slash some programs by 20 percent.

But so far, two months into the fiscal year, the governor hasn’t pulled the trigger on any cuts — or even released a list of what he is aiming at. Instead, Cuomo has been playing for time and snowplowing bigger problems into the future.

The governor assumes that Republicans and Democrats in Washington will agree to a fourth huge stimulus bill, including general budget relief for states and localities. That’s probably a safe bet, although the final deal may not come until late June.

Meanwhile, egged on by the state’s teachers’ unions, the Legislature’s income-redistribution fantasists have introduced bills they claim can balance the budget with massive tax hikes on “millionaires and billionaires.”

Cuomo knows better. In the past, he has warned: “God forbid the rich leave” — and now, fleeing COVID-19, many have done just that. Fear of a resurgent ­virus, or the prospect of tax hikes, or both, could prompt more than a few to stay away. 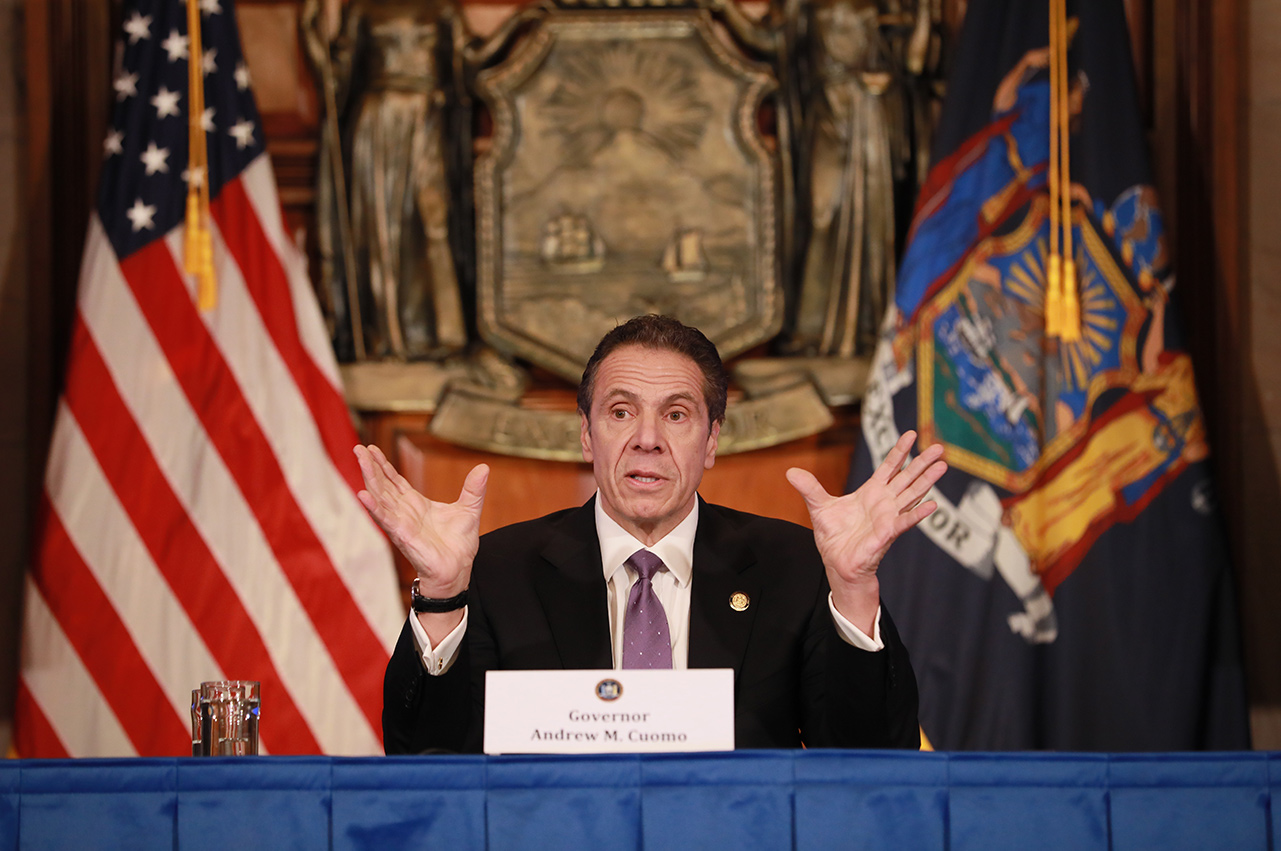