Why did Prince Harry and Meghan, the Duke and Duchess of Sussex, announce they want to take a break from their family? Was it racism, the generation gap, or self-made Meghan not fitting in? Circumstantial evidence points to another reason: differences in how Prince William and Harry approach saving the planet.

Over the festive season, British followers of the royal family could read the usual about whom the queen favored in her Christmas lunch speech, whether an aged Prince Philip would make it to church, how adorably little Princess Charlotte interacted with members of the public during her prechurch walk.

But there was another tease: William and Kate, the Duke and Duchess of Cambridge, would smash royal protocol to make an important announcement over the break. Was Kate expecting the family’s fourth child?

Nope. On New Year’s Eve, Kensington Palace revealed William and Kate’s plan: the Earthshot Prize, a new charitable endeavor to offer competitive “multimillion-pound” cash prizes to scientists who come up with ideas for “a decade of action to repair our planet.”

The palace featured a video narrated by Sir David Attenborough, Britain’s renowned naturalist. There were even obvious hints the effort had the queen's blessing. Attenborough noted, somewhat simplistically, that saving the planet is just like sending men to the moon 50 years ago. Coincidentally, the queen had begun her Christmas lunch speech reminiscing, “As a child, I never imagined that, one day, a man would walk on the moon.”

William, then, has managed to get his family and the British establishment on board with his environmental initiative, and it follows a classic model: a contest of ideas much like the U.S. Defense Advance Research Projects Agency, which has sponsored everything from autonomous car research to rocket launches.

William is implicitly acknowledging a reality: Greta Thunberg’s efforts notwithstanding, the world is not voluntarily going to abandon its consumptive way of life to keep temperatures down. The answer will be either a massive government tax on carbon to force people to abandon their cars and airplanes (not all that likely) or from science.

Harry, on the other hand, has taken the Leonardo DiCaprio approach to saving the Earth: flying around the world to hector people. In July, Harry spoke at Google Camp in Italy, telling DiCaprio as well as luminaries such as Naomi Campbell that we have to act fast.

It would not have taken a PR genius to predict that Google Camp would backfire spectacularly. Its attendees required more than 100 private jets to get them back and forth. Harry and Meghan, fresh off telling people they would have only two children to reduce their carbon footprint and declaring that “every action makes a difference,” shortly thereafter took private planes to and from a France vacation.

It wasn’t just the tabloids that gleefully pointed out the disconnect. The BBC carefully cataloged how many tons of jet fuel the royal couple was burning. Elton John, who had provided the jets, joined the fray, noting that the royals’ trip had been “carbon neutral,” as he had bought them carbon offsets, too. If the planet is in such dire peril, though, carbon offsets are a joke akin to a person with tens of thousands of dollars’ worth of credit card debt justifying the purchase of a new set of golf clubs by saying he won’t buy dessert for a month. In a real emergency, you’d skip dessert and forego the golf clubs.

Likewise, Harry and Meghan’s other approach to the environment is eco-travel. But much of eco-travel is greenwashing. Its benefits are erased by the energy expended to get there. Harry and Meghan are hardly going to improve their carbon footprint with their royal self-exile, executed in part to attain “geographic balance” by living in England, Los Angeles, and Canada.

The British public doesn’t care if its royals fly on private planes to private vacations. No one begrudged Philip for his Christmas-week helicopter flight from Buckingham Palace to the queen’s country estate. Although, at about the same time Harry and Meghan were jetting to Nice, William and Kate conspicuously took a budget airline to their own family’s vacation, escalating this cruel, passive-aggressive war.

The British public does care if its royals insist on boasting between exotic vacations about how few children they will have for the sake of the planet.

It’s hard, though, not to sympathize with Harry and Meghan as they try to find a place within, or without, the royal family. Although the couple said they no longer wanted to be “senior” members, that decision has already been made for them. Harry is no longer third in line for the throne, but sixth, thanks to William and Kate’s failure to stick to two children.

Harry would have always gotten his wish to live outside the glare of the press. As Charles or William ascends to the throne, and, as William and Kate’s children grow up and become the new center of public attention, Harry will become the increasingly obscure brother and uncle. If it hadn't been for Jeffrey Epstein, no one would have thought about Andrew in years.

Harry and Meghan want to be “financially independent,” but therein is another conundrum for their ability to further the environmental cause. Thanks to Harry’s inheritance from his mother, and thanks to Meghan’s earnings as an actress, they could already become financially independent of the crown, at least by millionaire standards, just not the higher standards set by the Google Camp crowd.

To keep up with that crowd, they must stay famous without becoming notorious. Sarah, Duchess of York, once thought that strategy would work, when semi-cast out from the royal family two decades ago after her divorce from Andrew. Once Oprah, DiCaprio, and Google are bored with you, it’s straight down to Ocean Spray, Weight Watchers, and fake sheikhs.

Meanwhile, William and Kate will be serenely giving out their planetary prizes. Life is unfair to he who is born the spare, not the heir. 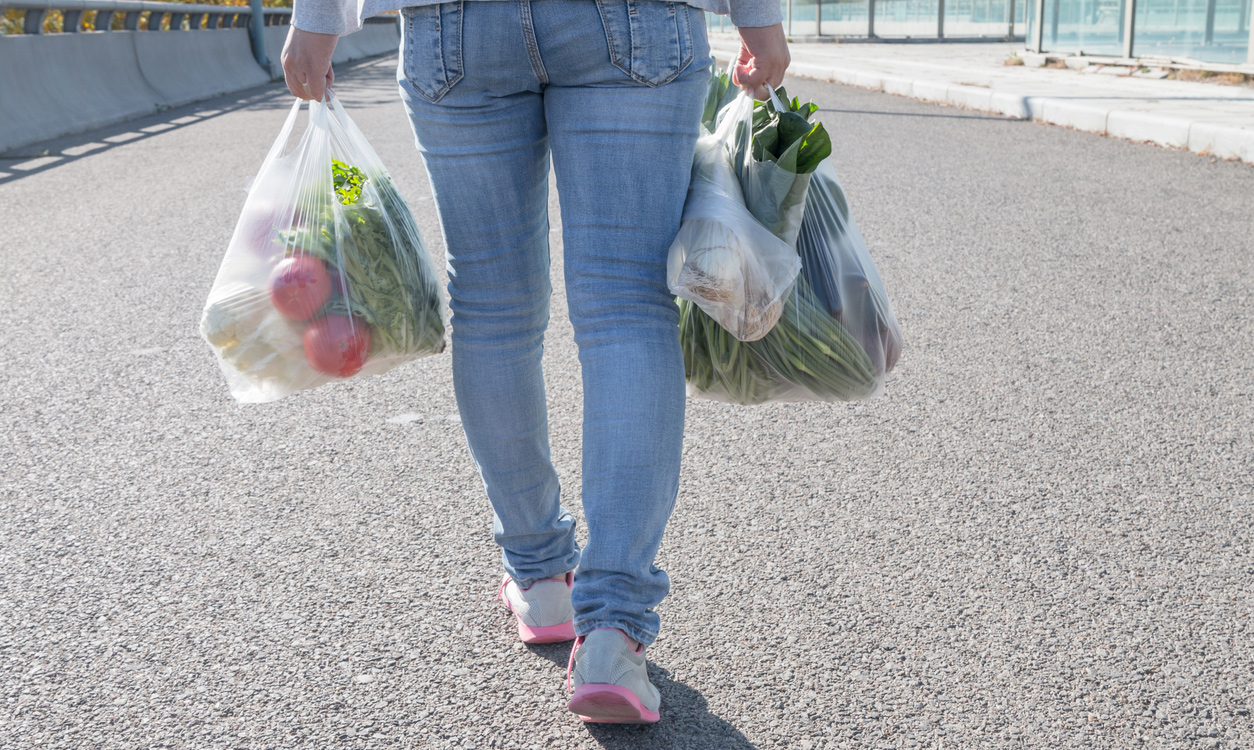 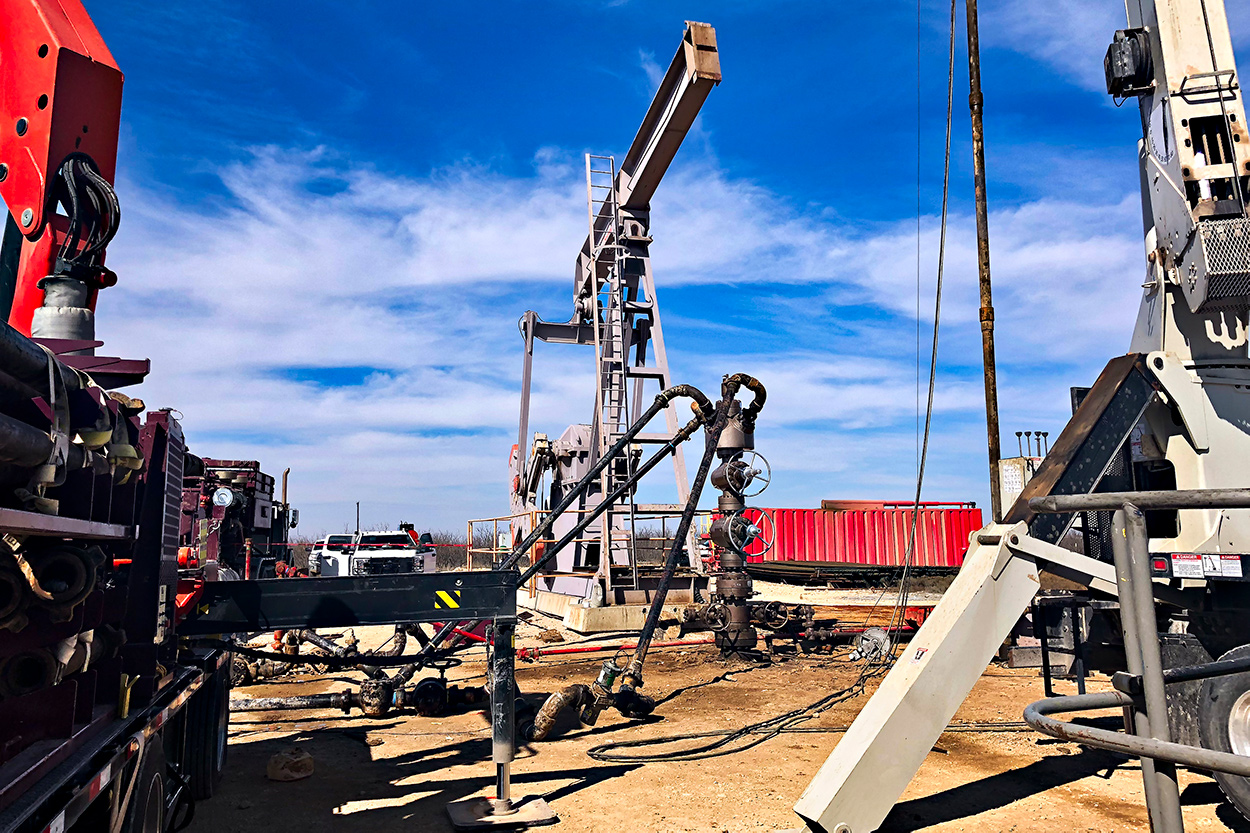 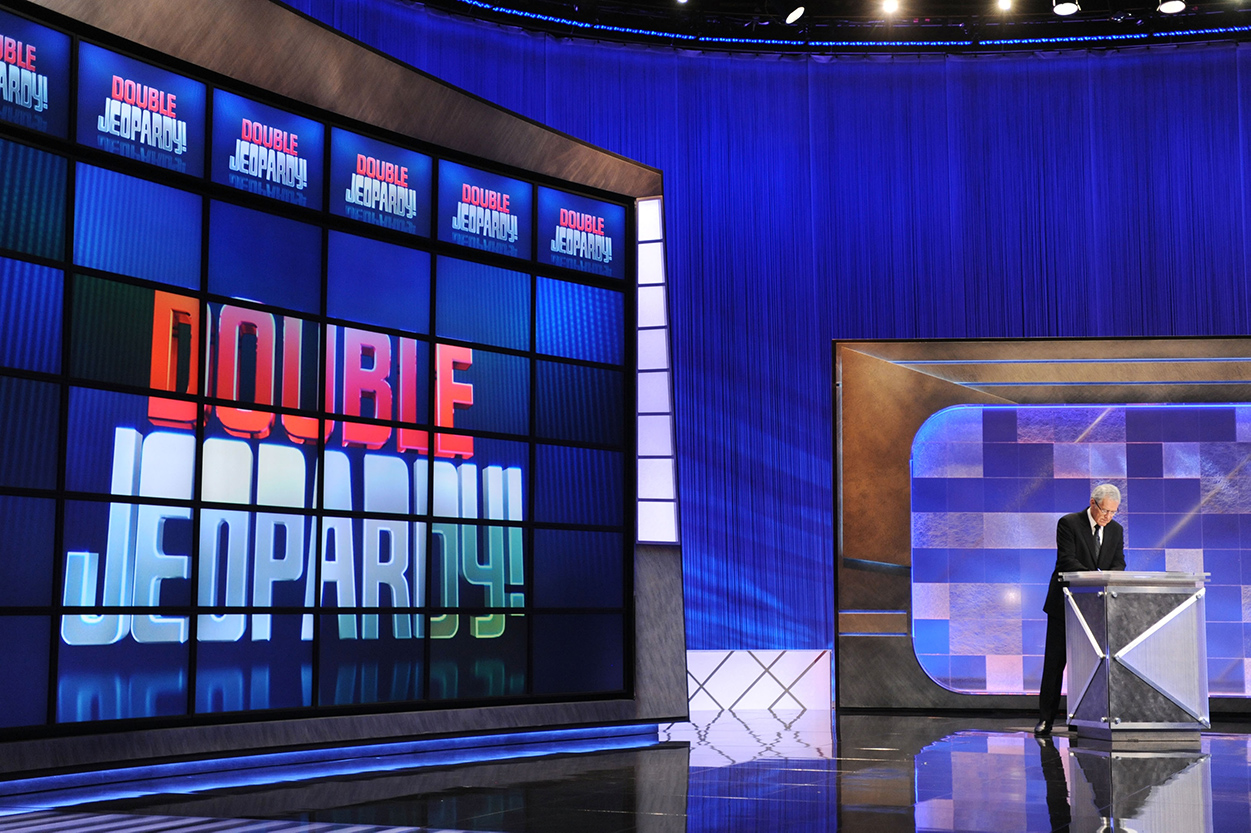 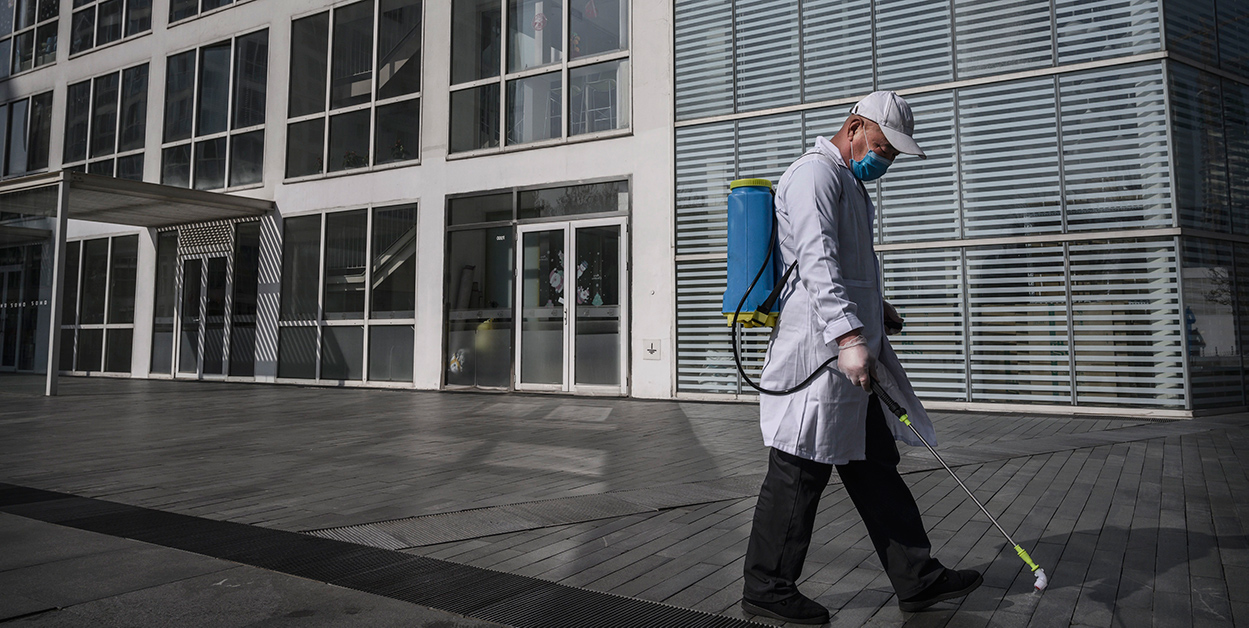 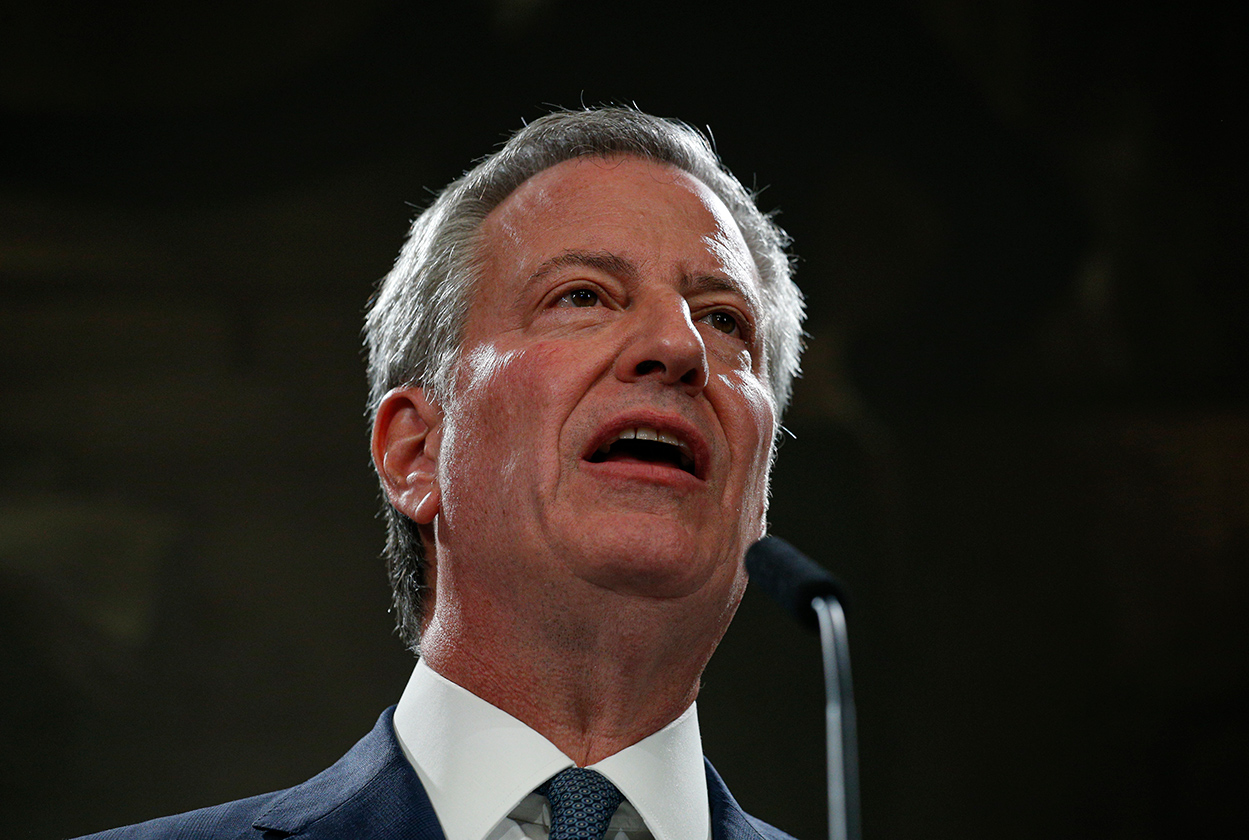 De Blasio’s Ridiculous Attempt to Save New Yorkers From… Santacon