The mission of the Manhattan Institute is to develop and disseminate new ideas that foster greater economic choice and individual responsibility.

The Institute serves as a leading voice of free-market ideas, shaping political culture since our founding in 1977. Ideas that have changed the United States and its urban areas for the better—welfare reform, tort reform, proactive policing, and supply-side tax policies, among others—are the heart of MI’s legacy. While continuing with what is tried and true, we are constantly developing new ways of advancing our message in the battle of ideas.

In 2017, the Manhattan Institute celebrated its 40th anniversary. Please enjoy this interactive timeline to learn more about our history.

MI’s Work on the Ground

To show the efficacy of putting policy prescriptions into practice, MI will often collaborate with cities and public officials. Following the 9/11 terrorist attacks, at the NYPD’s request we launched a policy division to advise the police on the development of a counterterrorism strategy. In Newark, New Jersey, the Institute partnered with Mayor Cory Booker to implement a new approach to prisoner reentry, based on the principle of connecting exoffenders with paid work immediately upon release. In 2012–13, MI experts were embedded in the Detroit Police Department, helping the Motor City implement Broken Windows policing (a long-standing focus of the Institute). And in 2017, MI launched a project to identify ways to finance charter school facilities in New York, enabling the sector to keep up its growth and be able to educate more students.

In 1990, the Institute founded its magazine, City Journal, as an intellectual and journalistic response to New York’s downward spiral and to the illness of the American city generally. Called “the best magazine in America” by the Wall Street Journal ’s Peggy Noonan and “the great Fool Killer in the arena of urban policy” by the late novelist Tom Wolfe, City Journal has promoted ideas in response to the challenges facing urban America, promoting a vision of cities as safe, entrepreneurial, and culturally vibrant. According to former New York mayor Rudolph Giuliani, “If there was a charge of plagiarism for political programs, I’d probably be in a lot of trouble, because I think we plagiarized most of them, if not all of them, from the pages of City Journal and the thinking and analysis of the Manhattan Institute.”

MI books have a habit of sparking national conversation and reframing the public debate. An early example was Charles Murray’s Losing Ground (1984), which demonstrated empirically that open-ended welfare benefits incentivize self-destructive behavior among the poor and which helped pave the way for landmark federal welfare reform in 1996. The Bottomless Well (2005), by Peter Huber and Mark Mills, was referred to by Bill Gates as “the only book I’ve seen that really explains energy, its history, and what it will be like going forward.”
Zappos CEO Tony Hsieh has cited Triumph of the City (2011), by Edward Glaeser, as a key influence in his urban experiment to revitalize downtown Las Vegas. And Heather Mac Donald’s The War on Cops: How the New Attack on Law and Order Makes Everyone Less Safe has made six national bestseller lists, with Thomas Sowell saying, “This is a book that can save lives.”

MI and the Next Generation

As the perpetuation of the American experiment depends on the next generation, MI has developed initiatives to support the intellectual formation of tomorrow’s leaders—both on and off the campus. Our outreach to students consists primarily of two programs: MI on Campus and the Adam Smith Society. Through MI on Campus, fellows give lectures to undergraduate students at colleges and universities across America. The Adam Smith Society, based at business schools, is a nationwide chapter-based association of MBA students and business leaders promoting on-campus debate and discussion about the moral, social, and economic benefits of capitalism. After business school, MBA alums can become part of the Adam Smith Society alumni network, based in a growing number of city-based professional chapters. 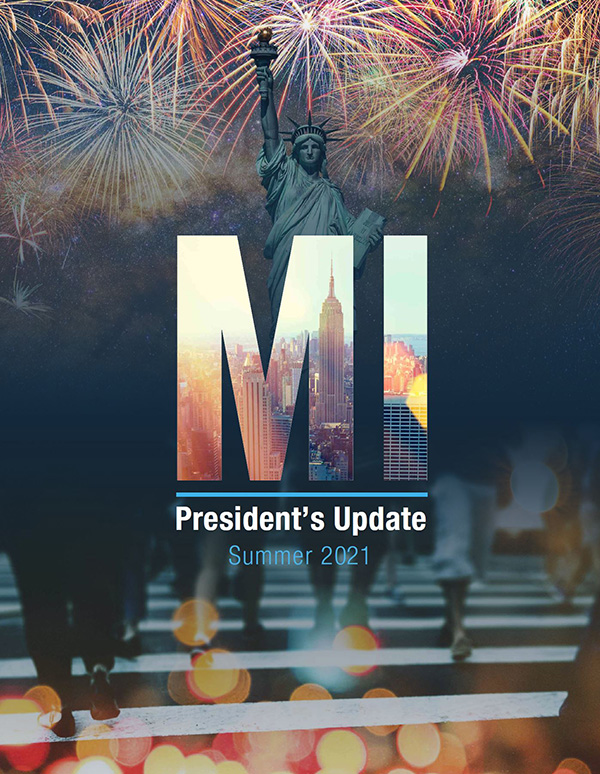