New York State is facing its biggest budget deficit since Gov. Cuomo took office at the end of the Great Recession — but you’d never know it from watching or listening to the Board of Regents, the state’s education policy-making body.

The Regents this week called on the governor and the Legislature to increase state aid to schools next year by $2 billion — nearly double the amount projected in the state’s already unbalanced financial plan. Their spending proposal comes a few weeks after a similar call for $2.1 billion in added school aid from the Education Conference Board, a statewide alliance of school boards, administrators and teacher unions.

Back in the real world, Cuomo is forecasting a $6 billion budget gap for fiscal 2021, which starts April 1, ballooning to $8.5 billion by FY 2023. The problem is due mainly to $4 billion in overspending on Medicaid, a problem that Cuomo allowed to fester and grow for the better part of a year.

The governor’s budget outlook assumes that, under the current statutory formula, school aid would increase by $1.1 billion — a boost of 4%, or double the inflation rate, even as school enrollments in New York continue dropping every year.

The fiscally oblivious Regents would raise the aid hike to 7.3%. Most of the new money would be used to begin a phased-in restoration of "foundation aid” — a revised school-funding formula first enacted a dozen years ago under then-Gov. Eliot Spitzer but repeatedly sidetracked by the fiscal crisis touched off by the Great Recession.

The Regents’ preferred formula would include annual “inflationary adjustments” that would actually be well above the Consumer Price Index. And this would push school aid considerably higher than the already generous levels projected by the governor over the next several years as well.

Betty Rosa, the Board of Regents chancellor, said a bigger school aid hike was needed to “provide school districts the resources they need while laying the foundation to best support our youngest children, bolstering educator diversity and recruitment and providing tools to make sure that our schools are positive and culturally-responsive learning environments.”

As for where the money supposed to come from — well, as far as Rosa and her fellow Regents are concerned, that’s someone else’s problem.

Other education spending advocates such as the Alliance for Quality Education, backed by the teachers’ union, have demanded higher state taxes on the wealthy. That approach has support from Assembly Speaker Carl Heastie, who for several years has supported a bill that would further raise the top state income tax rate on New York residents earning at least $5 million.

Speaking of oblivious: Heastie and his conference have continued to push their soak-the-rich proposal despite the new federal cap on state and local tax deductions, which has hit New York highest earners with a substantial state-and-local tax hike.

The highest-earning 1% already generate more than 40% of state income taxes. Giving them a fresh incentive to move elsewhere risks undermining the tax base schools depend on.

In fact, schools in the Empire State already are the best-funded in the country. According to the latest U.S. Census data, New York’s spending on elementary and secondary education reached a record $23,091 per pupil in 2017. That’s a whopping 89% above the national average.

The state aid formula, while far from perfect, consistently targets much higher amounts to the poorest school districts. As a result, even adjusted for regional living costs, virtually all New York schools are exceptionally well funded by national standards.

Outcomes are another story: As measured by national test scores — and with a few bright spots — pupil performance in New York’s conventional public schools generally is mediocre.

The Regents aren’t doing kids a favor by living in a fiscal fantasyland. Instead of perennially pushing for more money, they should be pushing already well-funded schools to spend what they have more effectively.

E.J. McMahon is an adjunct fellow at the Manhattan Institute and research director at the Empire Center for Public Policy. 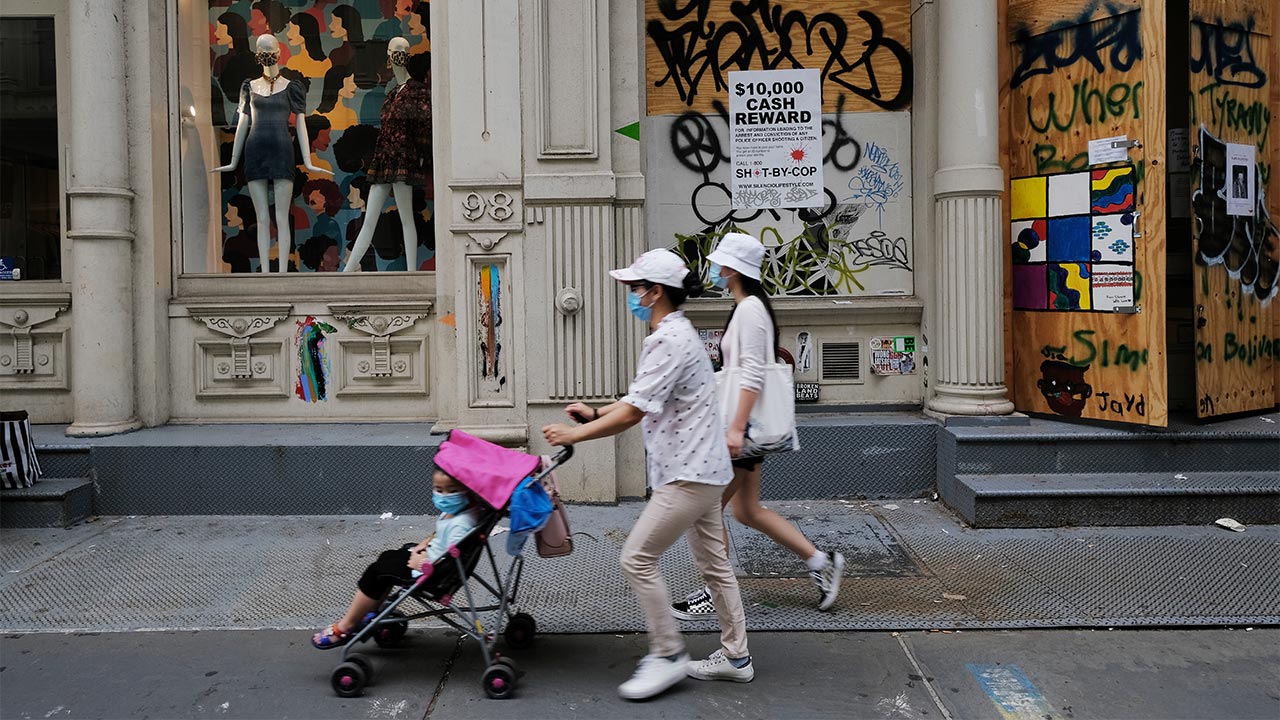