We must insist that what we have in common is more important than what divides us. Our ability to remedy racial injustice depends on it.

Across the American political spectrum, nearly everyone agrees that racism is evil. Yet there remain deep disagreements not only about what counts as racism, but also over how to fight it. Because these disagreements are typically framed as a battle over means—that is, how best to fight racism—one can easily miss that there is a deeper question at stake: What is the end goal for American race relations?

For fifty years, the American left has been torn between two different answers. The first was best encapsulated by Martin Luther King Jr. in his famous “I Have a Dream” speech. King looked forward to a day when “little black boys and black girls will be able to join hands with little white boys and white girls as sisters and brothers”—a day when race would be seen as an insignificant attribute.

The competing vision—let’s call it race-consciousness—was best encapsulated by the Black Power movement. The end goal of this movement was not, as King once put it, to bring about a “new kind of togetherness between blacks and whites.” Rather, it was to demand that black people, understood as a collective, receive more recognition, more respect, and more resources. Underlying this vision was the assumption that society is a zero-sum power struggle between oppressed groups and oppressor groups—and that a win for the former requires a loss for the latter.

In the race-conscious vision, racial harmony is an afterthought. At times, it is actively shunned. Race-consciousness seeks to “problematize” relations between members of different ethnic groups in a variety of ways. In 2017, for instance, the New York Times ran an op-ed entitled “Can My Children Be Friends with White People?” written by a black father who planned on teaching his sons “to have profound doubts that friendship with white people is possible”—a near-perfect reversal of Dr. King’s message.

For black people, race-consciousness seems to promise more status and more access to opportunity. For white people, it promises a way to act on, rather than simply brood over, feelings of guilt over their complicity (real or imagined) in America’s past sins. For the nation as a whole, it seems to promise solutions to ongoing problems like mass incarceration and police brutality.

Yet race-consciousness cannot deliver on its promises because its foundational assumptions are flawed. For one thing, it does not reject the old rigid racial categories so much as it transforms them, sneaking them in through the back door. If someone said that black kids should not be encouraged to work hard a hundred years ago, it was probably because they were racist. If someone says the same thing today, it’s almost certainly because they are “anti-racist.” But any political program that insists that black people be held to a lower standard will never be able to bring black achievement up to those same rejected standards—and thus will struggle mightily to address racial disparity.

More fundamentally, race-consciousness misdiagnoses the problems facing our society and therefore prescribes the wrong cures. The preoccupation with electing black politicians (or politicians “of color” more broadly) is one example. When Freddie Gray died in police custody in 2015, nearly all of the public servants that might be held accountable—the police chief, the mayor, the state’s attorney, and the president—were black. Cities such as Atlanta and Detroit, which have had five or six consecutive black mayors, see all the same problems as cities with mostly white leadership. As Bernie Sanders pointed out not long ago, caring about the skin color of politicians, as opposed to their policy proposals and qualifications, is just as wrong-headed as it sounds.

Here’s another example of race-consciousness leading to strange and unhelpful policy proposals: during the 2020 Democratic presidential primary, three different candidates—Kamala Harris, Elizabeth Warren, and Pete Buttigieg—proposed housing plans that would give special resources, such as assistance on down payments, to people living in formerly redlined neighborhoods. The idea was that the people currently living in these neighborhoods must have been trapped there by a cycle of intergenerational poverty that has its roots in the racist housing policies of the mid-20th century. Yet an analysis by Brookingsdiscovered that, of the 11 million Americans living in formerly redlined neighborhoods, more are white than black. Because race-conscious anti-racism makes a ritual out of noticing how the present is similar to the past, it can end up being blind to the many ways in which the present differs from the past.

Where will race-conscious anti-racism of this kind lead in the long run?

We might get a clue from the work put forth by thought leaders within the movement. Consider Ibram X. Kendi, the bestselling author of How to Be an Antiracist, who has proposed a constitutional amendment that would enable actual authoritarianism. I do not use that word lightly: In Kendi’s ideal world, there would be a Department of Anti-Racism that would have the constitutional power to investigate private businesses, reject any local, state, or federal policy that is deemed to contribute to racial disparity, and discipline public officials “who do not voluntarily change their racist policy and ideas.” (What counts as a racist idea would, of course, be determined by a panel of experts like Kendi.)

Thankfully, very few people would sign on to Kendi’s proposal right now. But it is still a useful document for one reason: it accurately summarizes what would be required in order to achieve the world that today’s race-conscious anti-racists want to see. A movement that defines any racially disparate outcome as white supremacy will inevitably tend toward policies that seek to erase such disparities by fiat—individual rights be damned. If, for instance, the fact that Asian-Americans are vastly over-represented in New York City’s elite high schools (which admit students on the basis of a single test) comes to be seen as a racist outcome, then Asian-American applicants may be discriminated against to eliminate that disparity. The rights of individual students not to suffer discrimination on account of their race will be ignored for what is perceived to be the greater good.

The question is not whether a proposal like Kendi’s could gain enough support to be implemented wholesale today; it couldn’t. The question is this: if Kendi’s proposal enters the political mainstream in, say, fifty years, will there be a robust, liberal anti-racist movement to provide an alternative? Or will liberal principles—such as individual rights and freedom of speech—have been so thoroughly stigmatized that Kendi-like proposals seem to be the only viable option for those who care about fighting racism?

Writers such as Ibram X. Kendi and Robin DiAngelo have done an excellent job of owning the term “anti-racist.” Many people who are horrified by their illiberalism are thus tempted to give up on the label of anti-racism. That would be a mistake—for it is up to us whether anti-racism will continue to move in an illiberal direction.

America has a long tradition of liberal anti-racism that reaches back to Martin Luther King, A. Philip Randolph, Bayard Rustin, Frederick Douglass, and beyond. It is an anti-racism grounded in the idea that there is a single human race to which we all belong—and that all the ways of dividing us up, though they may be important to understand our present reality, should not be given moral weight. That is the principle that ultimately conquered slavery and Jim Crow—and it is the principle that ought to be revived today.

Today, many feel that this principle represents the very status quo that we must depart from in order to begin making progress. The goal of getting past race, in this view, is precisely what has prevented us from implementing the race-conscious policies that would meaningfully address racial inequality.

But this underplays how much progress we have already made. Back in the early 1970s, the NYPD killed 91 people in a single year. In 2018, they killed five. Since 2001, the national incarceration rate for black men ages 18-29 has been cut by more than half. Most people don’t know this. As a result, they imagine that the system must be overturned in order for progress to occur. But though there are, of course, still a lot of injustices in today’s America, they are wrong.

The current system, warts and all, has enabled huge progress for black people in recent decades. Overturning the liberal principles on which our institutions are based would not hasten progress towards racial equality; it would threaten the very stability that is required for incremental progress to occur.

It is time to restore Martin Luther King’s dream for American race relations—a dream that, even as it refuses to flinch from the injustices we still need to overcome, defiantly holds onto the idea that what we have in common is ultimately more important than what divides us. We must defend that principle even when it is unpopular, even when it marks you as “tone-deaf,” and even when it elicits eyerolls from those who imagine they have found more worthy principles. Our ability to remedy racial injustice depends on it.

This piece originally appeared at Persuasion

Coleman Hughes is a contributing editor at City Journal and a fellow at the Manhattan Institute. Follow him on Twitter here. 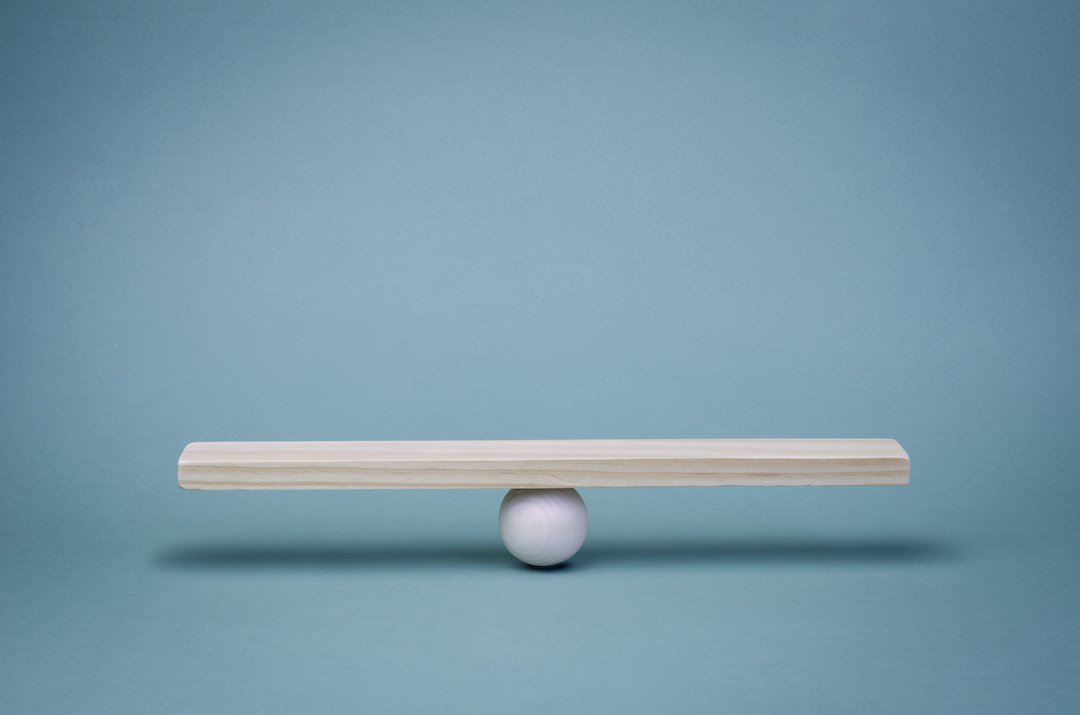 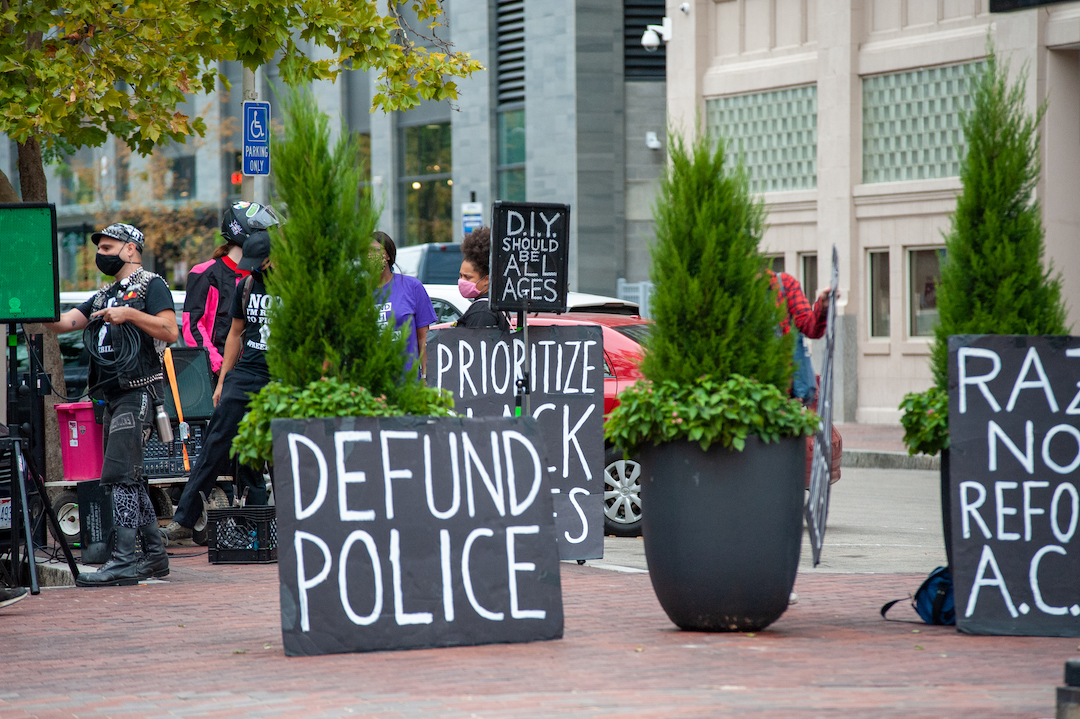 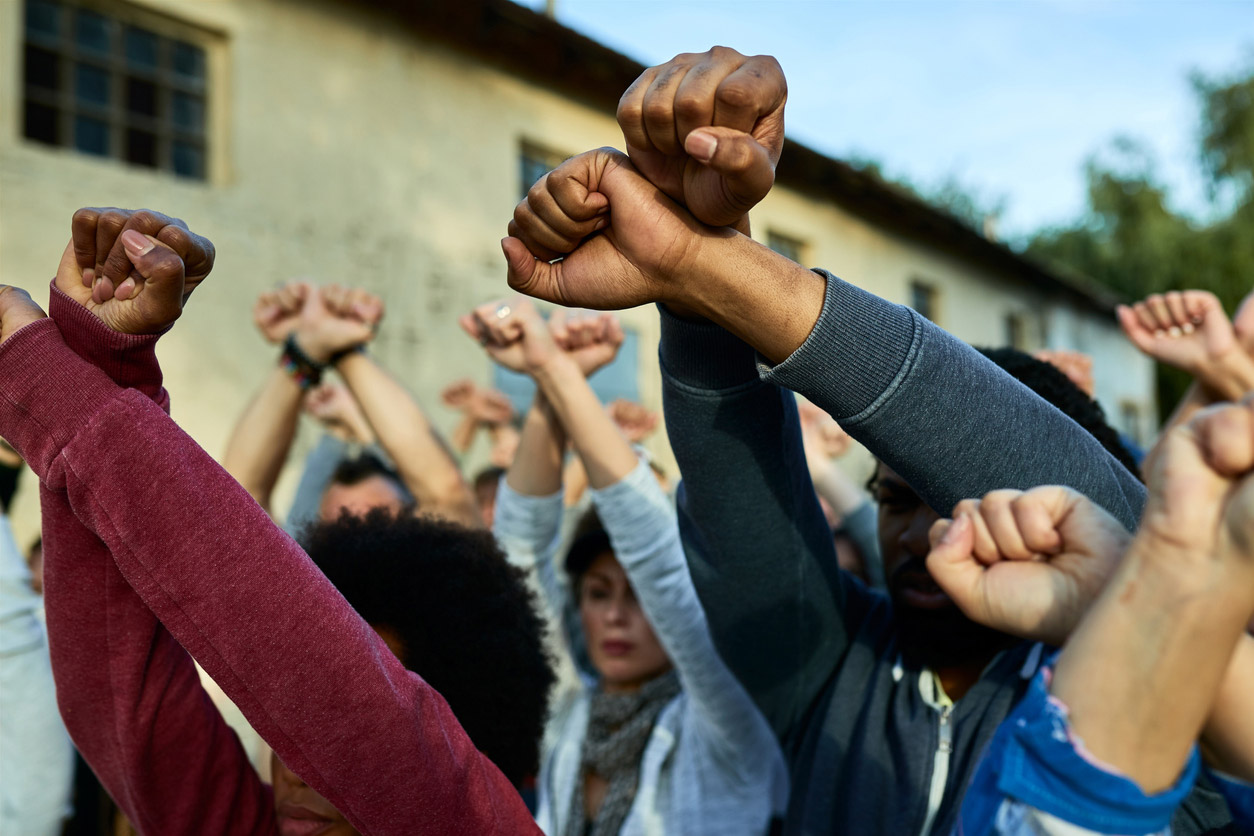 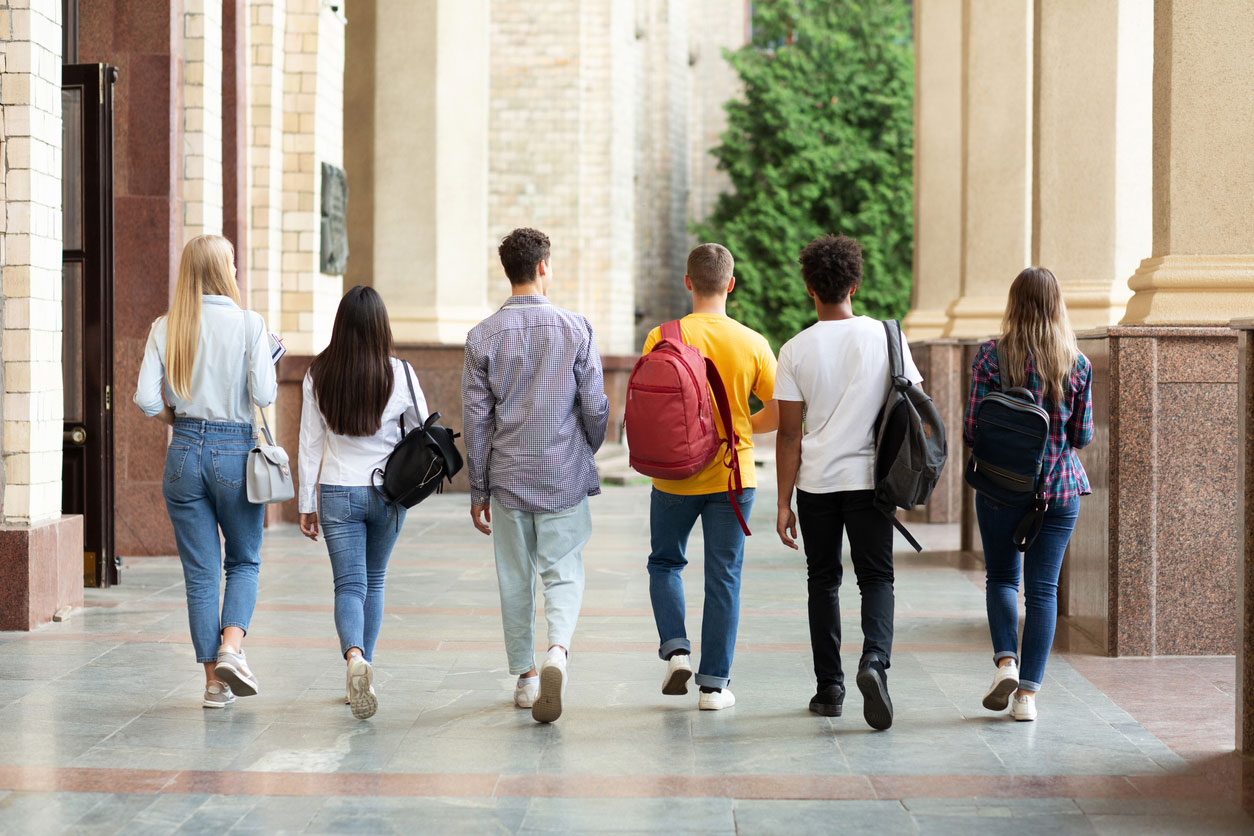 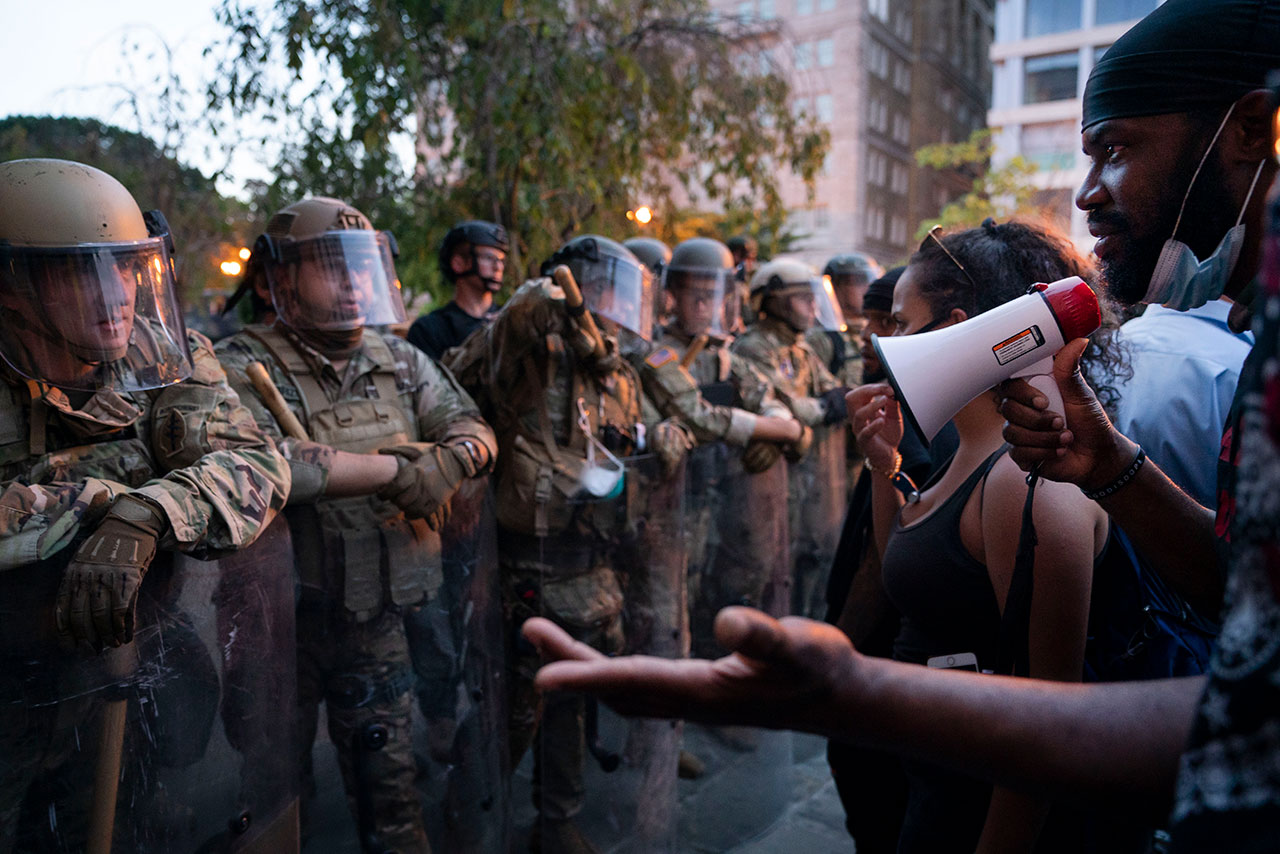